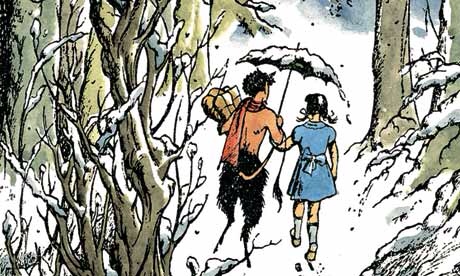 “Any project that’s been held up in general fear-based polishing is the victim of a crime because you’re stealing that perfect work from a customer who will benefit from it. You’re holding back the good stuff from the people who need it, afraid of what the people who don’t will say.” Seth Godin

“Don’t tell me the moon is shining; show me the glint of light on broken glass.” Anton Chekhov 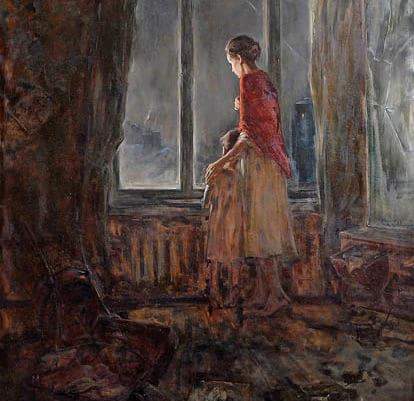 The German Romantics were pretty awesome. Their style of writing and thinking set in motion a key literary, art, and philosophical movement.

The German Romantics were also particularly practical folks. Not only did they want to write but they also wanted to remain in society and make a living. Which meant that almost all of them held some of the most “unwritely” jobs possible.

Goethe, whose The Sorrows of Young Werther kicked off Romanticism, was a statesman. E.T.A. Hoffman, author of “The Golden Pot,” “The Sandman,” and “The Nutcracker and the Mouse King,” was a judge. Novalis, the brilliant poet who died at the age of 24, managed a quarry. And these positions were not unimportant to them. Indeed, Goethe, Hoffman, and the unfortunate Novalis worked hard at their day jobs, and then went home to write at night.

In a world bent on specialization—the idea that we can only be really good at one thing—we often forget that this specialization is a new phenomenon. That writers have very rarely ever been only writers, and that people can be highly talented in vastly different ways and enjoy all that they do. So, like the German Romantics, don’t limit yourself and enjoy life to the fullest. (And, if you can, do it all while taking the literary world by storm.)

Ella Gwendolyn Rees Williams grew up in the Caribbean on the island of Dominica. As a teenager, she was sent to Britain to be educated, and it was in Europe where she spent the majority of her adult life. Somewhere along the way, Ella Williams transformed into the writer Jean Rhys. This change, however, did little to alter her unease over something intensely related to her birthplace: how she read Jane Eyre. Told to like it because it was (is) a great work by a female author, she could accept all but one thing: Bertha Mason.

Like Rhys, Bertha Mason–the secret, mad wife of Mr. Rochester–is Creole. The depiction of Creole femininity as fierce and almost mannish disturbed Rhys. She had known Creole women of wealth and class—as Bertha is described—growing up. She was one of those women. She could not stand behind Brontë’s depiction of what she considered herself to be.

So, to set the record straight, she wrote Wide Sargasso Sea. An unauthorized prequel to Jane Eyre, Rhys’ novel makes Bertha a main character and the heart of the story. To further revamp the image of the “mad woman in the attic,” Rhys gave the character the more feminine name Antoinette, exposed the issues and stereotypes that confronted Creole womanhood when she was a child, and purposefully drew parallels between the lives of Antoinette and Brontë’s Jane in order to highlight the divergence of the characters’ lives (tragic and happy). With the publication of Wide Sargasso Sea, Rhys’ career was reexamined and she gained a seat in the literary canon.

Whether or not Rhys’ and Brontë’s novels can actually be paired together is up to the individual reader. However, no one can deny that Rhys used the process of creative adaptation to fashion something uniquely her own that adds to her readers’ worldviews, which is in and of itself an amazing feat.